Went down to Canvey Island today and saw this scene of boating devastation: 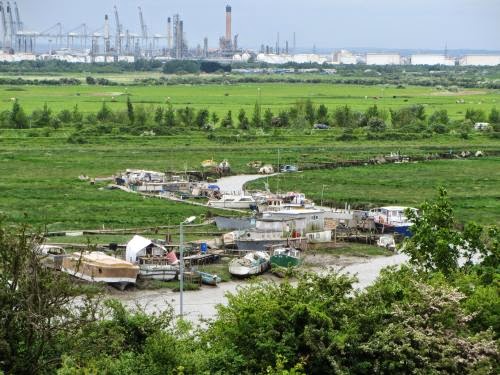 It may look like a tsunami hit the area or a flood washed everyone away but this is what happens when owners neglect their boats and no-one else is responsible for clearing it away.
Fortunately, this rarely happens on our canals (thank you CRT).
Contrast this with previous blog entry at Little Venice!
Posted by Duncan at 15:00 No comments:

I took the opportunity of a sunny bank holiday weekend to visit Little Venice and their gathering of canal boats. It was a jolly get-together, with lots of people asking mundane questions about narrow boats and friendly boat owners answering kindly. Quite a variety of boats too, all decorated with bunting and flags, some with highly polished engine rooms, others traditionally painted. I'm afraid dear Patience would have felt a bit under-dressed.
A band played easy-going jazz, there were lots of stalls and a lengthy queue for the beer tent. I bumped into squadrons of shiny helium balloons and rather enjoyed myself. To be recommended next year on May Day Weekend. 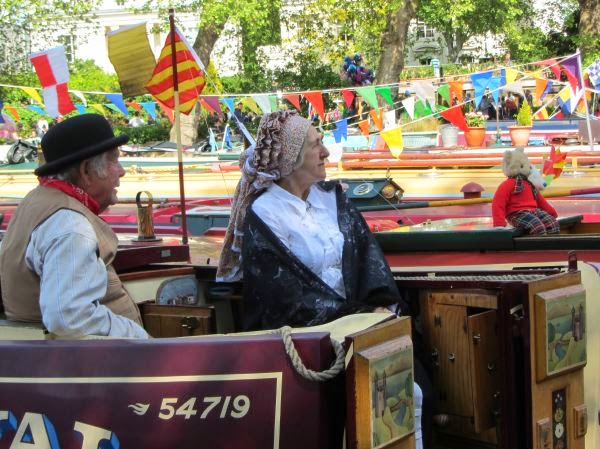 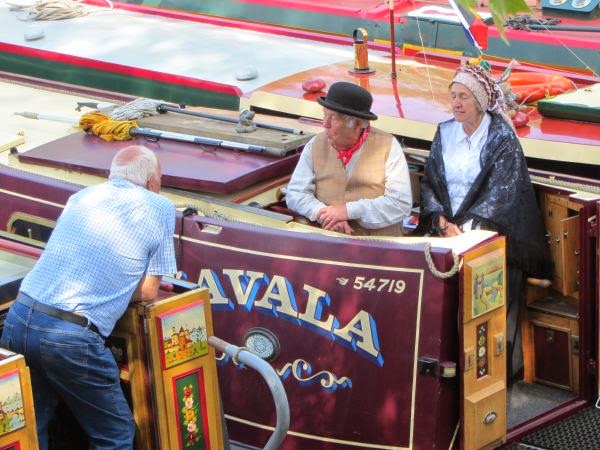 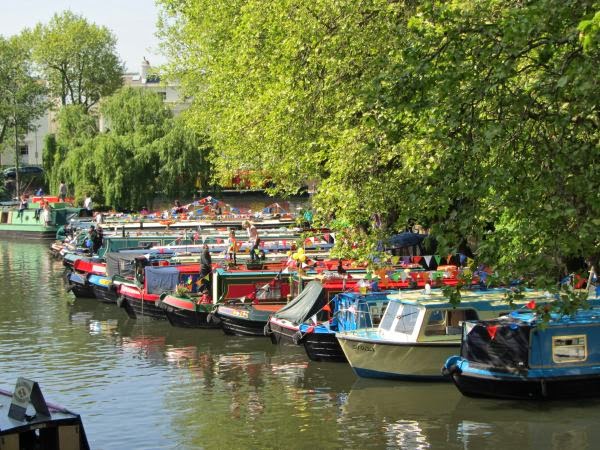 Incidentally, if we were to take Patience to the Little Venice fair next year it would take us eight full days of boating, involving 92 locks. And that's just one way. I feel tired already ....

How to Choose a Mooring IV

At last we were in a position to make a decision. We had gathered application forms and left contact details but not signed anything. We had general advice about whether there was likely to be space for us in the time frame we wanted and we could weigh the information and reach a decision. We also had a collection of photographs to remind us which marina was which, as it's so easy to confuse them later.

In our case there were at least two marinas that matched our needs and it was difficult to decide between them. It came down to small preferences but it was very useful to return to our original ranked list. It can be tempting to make a decision on the spur of the moment, persuaded by a sunny day, a friendly neighbour or a trivial incident, when these are unimportant in the longer term. 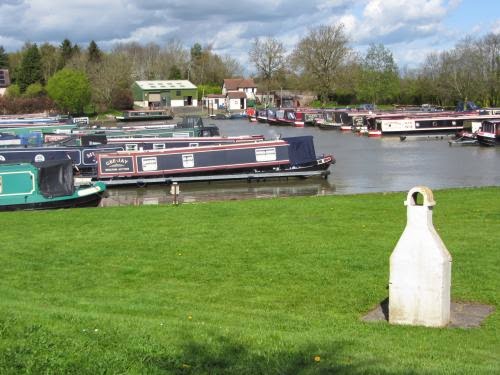 Where did we choose and why?


Why not help us to decide?

Gayton Marina
Near jnc. of Grand Union & Northampton arm and north of Blisworth tunnel (3076 yds). Telephone: 01604 858 685
http://www.gaytonmarina.com/
64 miles, 1hr 22 mins from base by car
£1,925.00 pa
No showers but most other facilities incl chandlery, pump out, crane, polytunnel covers; established environment, hire fleet (so staff on duty) mooring available for 45ft, elec available for casual use;

Weltonfield Narrowboats
Near Norton Jcn. (Leicester Arm and mainline) 01327 842282
http://www.weltonfield.co.uk
71 miles, 1hr 32 mins from base by car
£2,005.00
Off A5, very pleasant, workshop, no chandlery except a few oddments in the office; grassy mooring available for extra charge, or pontoon pumpout and fuel. Quiet. Even quieter second marina 5 minutes up river - no facilities there; £2137 for premium grassy) berth. A bit hemmed in by lock flights for day trips

Where did we choose and why? What do YOU think we should have chosen?
Why not look at all the photos we took on our research trip?
Later, we'll tell you where we opted for, and our reasons for choosing our new moorings.

How To Choose a Mooring III